Everything that appears in your 'tile' represents you

Let's talk about three things you can address to improve how you are perceived by others.

When we meet people in person we take in a significant amount of information visually ranging from what they’re wearing, how well (or not) they’re groomed, through to their body language. Are they standing tall or slumped? Are they turning away from us or positioning directly toward us? All of this visual information contributes to our perception of them – consciously or unconsciously.

While meeting people on video is different, we still form a view of others based on what we see in that tile on the screen. Below we deep dive into each of the three things you can improve without spending any money, two of which are brought to life at the beginning of this video – which also demonstrates four different cameras as consideration for your investment.

Links to all of the cameras used in this video can be found at the bottom of this page.

Get Your Camera to Eye Level

It’s a much nicer experience to be able to interact with others from the same level, like if we’re sitting around a table we would generally have our heads at about the same height. Brining our gaze up to direct eye level also opens our body position to give more presence and less constriction to our vocals.

The easiest thing you can do to improve your video is to bring your camera up to eye level. Do this by propping your computer up on a box or stack of books.

Now that the camera is at eye level the next thing you can do is to look directly at that lens when you’re presenting to or conversing with others, this can be tricky, but notice the difference when others do it – it feels like they’re looking directly at you and therefore changes your experience of them. 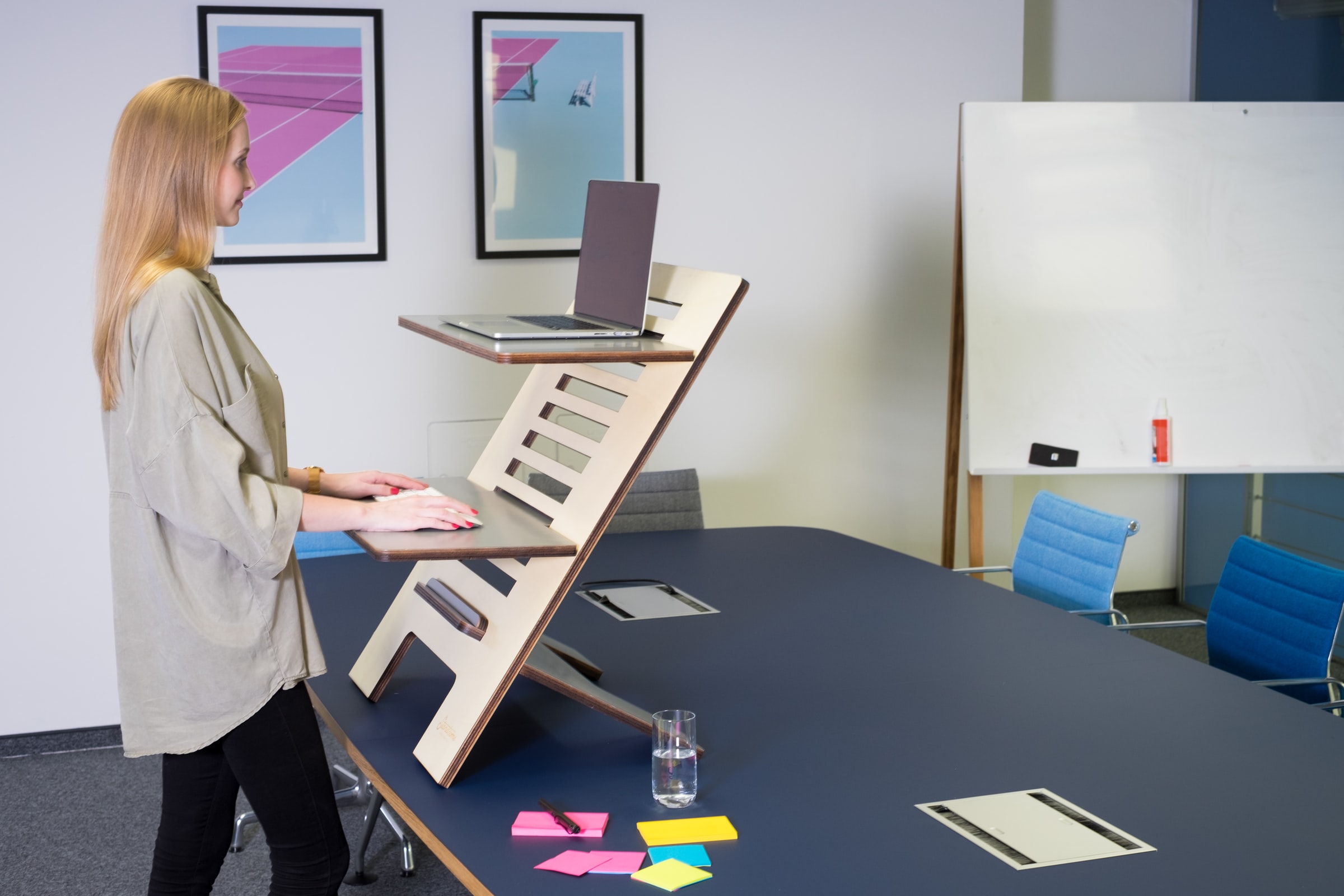 No matter how good your camera is, lighting will have the greatest impact on the image it is able to capture. When lighting is poor, many cameras will significantly increase the exposure to compensate, which creates noise in the image.

The best lighting for your face is one that is large and soft. In the daytime, this can often be achieved by facing a window where you can benefit from the large natural light source. In photography and film, a similar effect is achieved with what’s called a softbox which spreads the light to fall nicely on the subject, rather than a harsh, direct spotlight.

To some degree, this softbox effect can be improvised by reflecting your light off a wall rather than shining it directly at you, or using a sheet of foam or another white surface. Remove Visual Distraction from Your Background

Everything that appears in your tile adds to others’ experience of you. When your background is a stack of dishes or even a chaotic bookshelf this can distract people from hearing you.

Put some thought into what is in your background and how it reflects both you as a person and what you are there to represent.

Virtual backgrounds can be used however we’ve found that these can diminish trust, in essence, you can be seen as hiding your environment. Of course, they can be done well too, like having a background that represents something you are proud of and that relates to your work. We saw a great example of this when Transport for NSW team members had a background of an artwork that represented the location of their project.

Have you noticed that most people who’ve written a book have it very well positioned in their background? Cameras in order of appearance

Following are links to the cameras demonstrated in the video at the top of this page.

Where to from here?

Our team of engagement and facilitation experts not only lead client engagements but also facilitate capability building for our clients. If you see opportunity to improve the impact your team is having in their engagements then we'd love to talk.

Digital Engagement, the Field Guide and associated services are brought to you by ISMOTION